Gandalf "You Shall Not Pass" Car Sticker 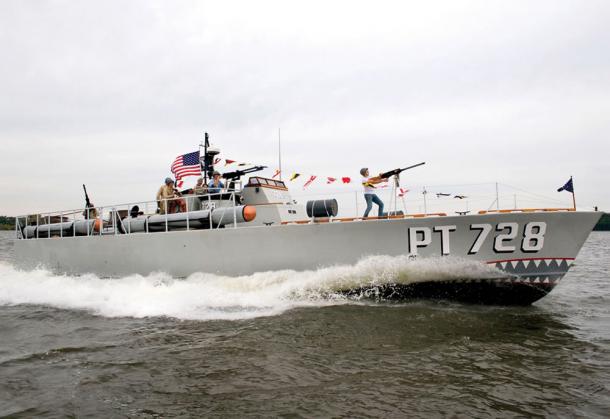 That's right, if you have the funds, you can buy your very own WWII era PT boat! It's fully restored and has all the (non-functioning) weapons it originally had.

Did you know that PT stands for "Patrol Torpedo" boat? It was a quick and nimble little boat, meant for a fast torpedo attack against a larger boat with the ability to get away quickly - because it wasn't going to win any sort of fights with most ships.

For this reason, PT squadrons were nicknamed "mosquito fleets" and the Japanese called them "Devil Boats". They could carry up to 4 huge torpedos and had two .50 cal machine guns as well.

This thing has a history as she is one of the last remaining PT boats in the world. She's been restored to her full glory and is the ONLY PT boat in the world that has been certified by the U.S. Coast Guard to be able to actually carry passengers around.

Until you win the lottery, keep on dreaming, but it'd be an awesomely fun toy, wouldn't it? It could happen though, if you want it badly enough :)

Rigby Hat From The Regular Show

Scratch-Off Map Of The World