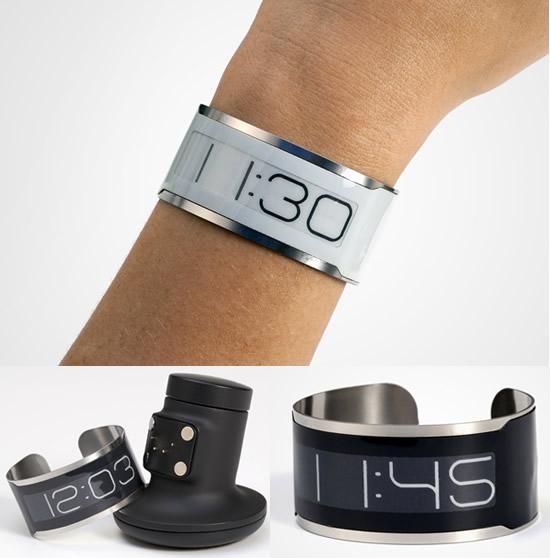 An amazingly thin 0.5mm watch that weighs only 5 grams! The CST-01 comes with it's own base station - that's were you charge the watch and set the time. Weighs so little you forget you're wearing it!
This watch is a Kickstarter project that is estimated to ship in September of 2013. The project is fully funded and actually raised over $1 million dollars! Available in black, black with rose gold and white. The CST-01 is in prototype phase at the moment.
It's powered by a micro energy cell that is able to be recharged over 10,000 times and last for 15 years. The battery can be charged in 10 minutes! They figure the watch should last about 30-45 days in between charges.
Really the only thing we have a gripe about with this is the name "CST-01" - named after "Central Standard Time" since they're based out of Illinois. But perhaps the final product will have a different, more memorable name.
$99.00
Via kickstarter.com
Tags: thin watch, CST-01, kickstarter
Categories: Geeky, Tech, Wearable

Ain't Nobody Got Time For That T-Shirt