A keychain to help find your iPhone and keys! 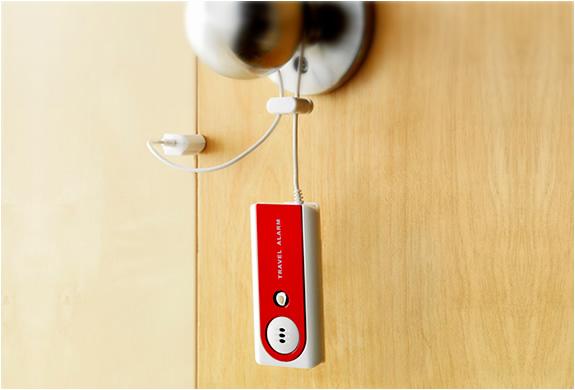 Perfect for those on the go a lot, the alarm goes off after you set it to. Great peace of mind when sleeping at a hotel, AirBNB, or even at home.
It comes with batteries but they're easily replaceable. This "Belle Hop" as it's also known is very loud and if you sleep through this alarm system, well, simply put, there's something wrong with you.
Any unauthorized intruder will know that you and anyone else in the area will know they're breaking in and most likely hightail it out of there.
Now, it won't stop anyone from opening the door - that's not what this does. It's simply an alert system, but that might be all you need and for the price it's a pretty good alert system for the wary (and weary) traveller.
As a bonus it also has an LED flashlight built right into it. Pretty damn cool.
$11.99
Via amazon.com
Tags: door alarm, LED flashlight, sleep safely
Categories: Geeky, Survival, Tech