Now Panic And Freak Out Poster 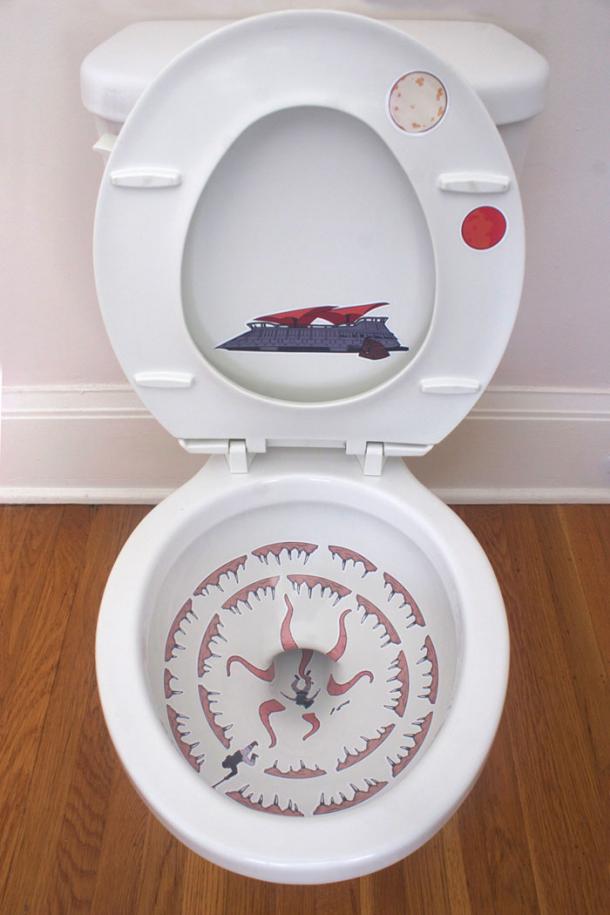 Finally, you can recreate the epic scene from Return of the Jedi where Luke and the good guys take out Jabba and his party barge! (spoiler...lol)

That's right, recreate the Sarlacc Pit every day for your constitutional. Drop the kids off at the pool but make it even more epic.

It's basically a set of stickers that can ring your toilet and make it much more than a simple toilet.

You can recreate that scene where Han is reaching to help Lando up out of the bowl and shoots at the tentacle holding Lando's leg. Of course for guys, this can be when you're pissing.

That part where Han says, "Boba Fett? Where's Boba Fett?" and turns around and knocks him into the Sarlacc Pit is knda weird though. Like, Boba Fett isn't a bitch, you know? He'd have turned his rocket pack on or otherwise avoided the Sarlacc. 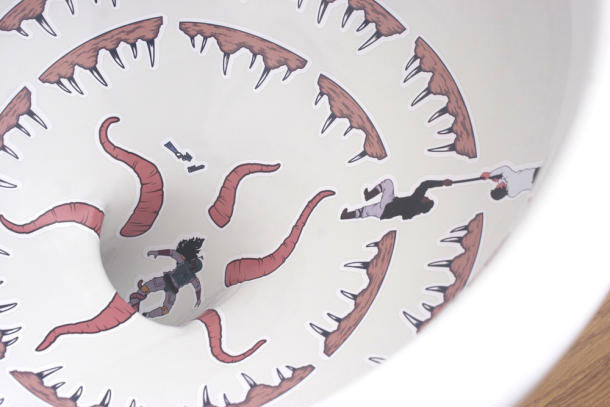 Of course, in later books it was revealed (or "fixed") that Boba Fett wasn't in fact a 'lil bitch. He managed to free himself and others from the guts of the Sarlacc, killing it in the process.

All in all, a lot of fun, if a bit disgusting. But then again, toilet bowls are going to be disgusting no matter what. We might as well have a little fun with them, right?