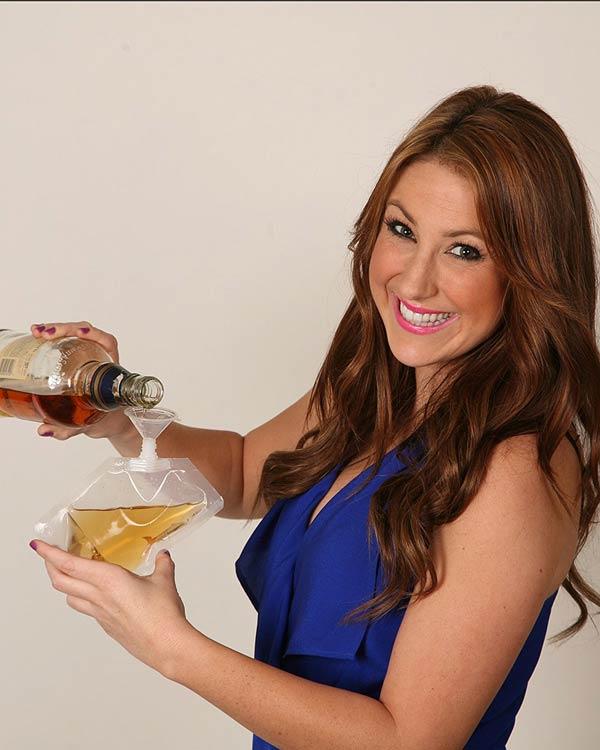 A bunch of flasks that can be used to fill up with your favorite alcohol and then smuggle into someplace. Use it when going to a movie theatre, a sporting event, the opera, a play or school event! Ok, maybe not a school event, but you get the picture. Besides, most adults aren't going to be mad, they're just going to want a hit of what you're got!

These can be re-used again and again... quite the bargain and a great little gift.

These are 100% undetectable by scanners, making them a great option for smuggling booze for a cruise.

They are BPA free, leak proof, freezable and odor proof. The manufacturers even claim that they float!

We have personally not used these, but we have some on order so we'll report back. One thought is that we definitely want to try bringing some rum into the movie theater (possibly for the Star Wars film). We'll order a large pop and drink out of it to make room for the run that one of us smuggled in. It's going to be great!

Use these little flasks anywhere that you can think of and save a TON of money on drinks!