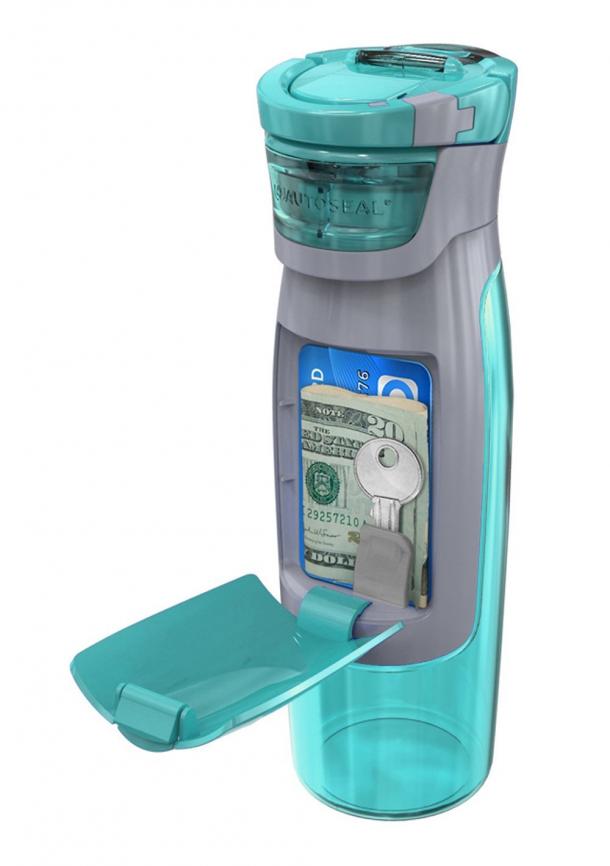 So this is maybe the most expensive water bottle you'll ever buy, but believe us - that's a good thing, as it's the only one you'll ever need.

This Kangaroo water bottle by Contigo is great for runners, the gym, climbing, hiking, or anyone doing an activity that requires a lot of focus or the use of one hand.

Drinking is made easy - you press a button to sip and releasing the button automatically seals the bottle up, so there's no spilling.

It has a carabiner clip on the handle, so it's excellent for climbers, hikers, or anyone else that needs to have the bottle at the ready and yet without the need to carry it. 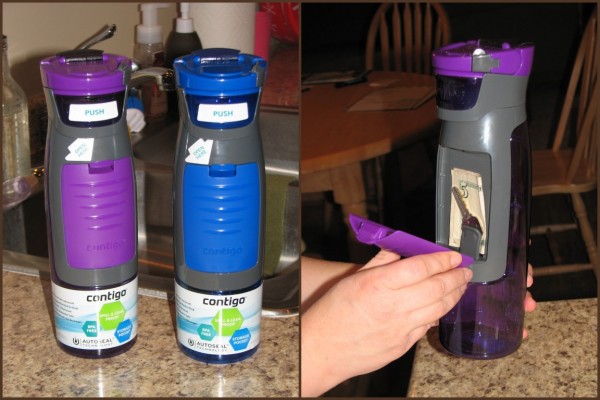 But perhaps the coolest feature is the kangaroo pouch compartment! It's not a huge compartment but it'll hold a couple of keys, some id and some money. That's really all you need when jogging. Super handy and allows you to head off on a run and not worry about your wallet bouncing around somewhere and possibly falling out and getting lost. Another bonus: the compartment is removable, so you can take that out if you don't need it to remove some of the extra bulk.

They say the lid has a patented technology that lets water flow quickly from it. We're always a little skeptical of this kind of thing as we've seen similar stuff from companies like Coors. Their fancy "swirling bottle vortex" that somehow magically lets the beer flow out of the bottle quicker is nothing more than a marketing gimmick - and this paints all similar attempts, whether rightly or wrongly. But we shouldn't blast the company (Contigo) for something other companies do. 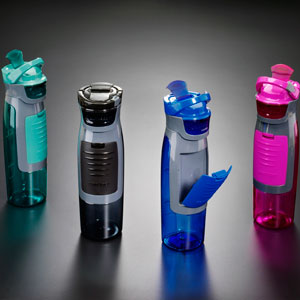 The reviews are solid - most people are very happy with their purchse of this self-sealing water bottle. A couple of complaints have been seen of people that got leaky units. We've not heard from Contigo on them, but surely they'll replace any faulty bottles.

All in all, this is a really cool bottle and one that we'll be throwing in our go bags right away!