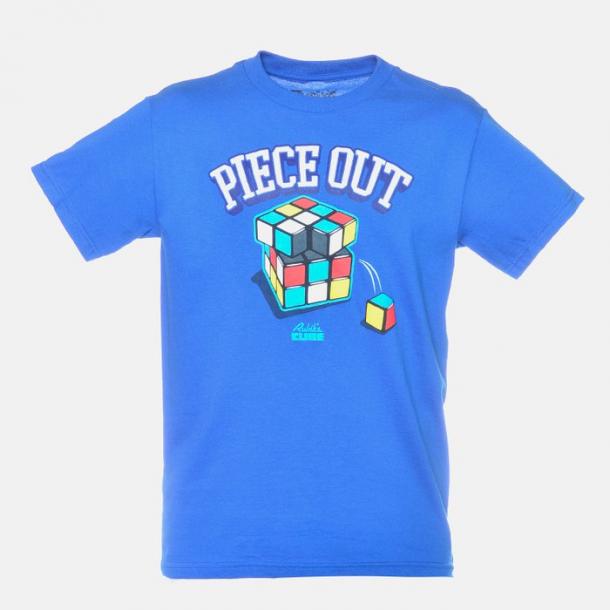 The classic 80s toy, the Rubik's Cube! If you're like us, you've never solved it, but finally finishing this bad boy is a worthy life goal. of course, taking it apart and putting it together or removing the stickers to solve it is another solution.

But did you know that the classic Rubik's Cube was actually invented in 1974? Yup, a hungarian dude name Ern? Rubik developed it and originally called it the Magic Cube. It was licensed in 1980 but a toy company called Ideal Toy Corp and took off that year, and never looked back. It's still considered the world's best selling toy.

Wow. Something so deceptively simple yet so complex to solve.

And yet there are people who can solve it in under a minute. How the eff do they do it? We couldn't do it by sheer brute force and luck and years of stumbling around in the dark.

Oh sure, we did it by "breaking off a piece" - by carefully taking all the pieces apart and slowly reconstructing that precious monstrosity piece by piece.

And it could amaze when we did it! The idea that we had solved this seemingly impossible Rubik's puzzle, well people were baffled and thought you were some kind of magician. We should have let them continue to think we solved it, becuase once we told them otherwise the magic spell was broken and everyone could solve that Rubik's Cube and we were nothing.

Well, it ain't over until it's over. There's still time in this life to complete that goal of solving Rubik's Cube.

The youngest person to solve the Cube was under 4 years old! If that doesn't make you feel bad, well crap, I don't know what would. But take solace, we just perhaps don't think like they do. They can't write awesome, funny text like we can or purchase cool stuff from one of the most awesome websites in the galaxy, eh? ;-)

Well, whatever, but here's a list of the youngest people to solve a Rubik's Cube.

So how do you solve a Rubik's Cube? Well, just buy one brand new and don't mess with it. Done. Solved. That's it. :-p

Ok, but for real, after you've "shuffled" one up, we have no idea. We've actually researched it a bit and it said to get 4 sides and go from there. Ok, we got 4 sides, but couldn't make any progress beyond that. We just messed it up worse.

Apparently however, there IS a method that will work for everyone to solve the Cube. It's the "cross, corner, middle, top, corner method" that will systematically solve it for you.

There are several stages to it, but this site looks nice and it could work. We haven't had the time to check it out yet, but if you want to cross completing a Rubik's Cube off your bucket list, this is something to check out!

Get to it, and great luck to you. Please let us know if you do manage to solve it using this method - we'll post it for everyone else to know that it's possible and that they can similarly get over the shame of not being able to complete the Cube!