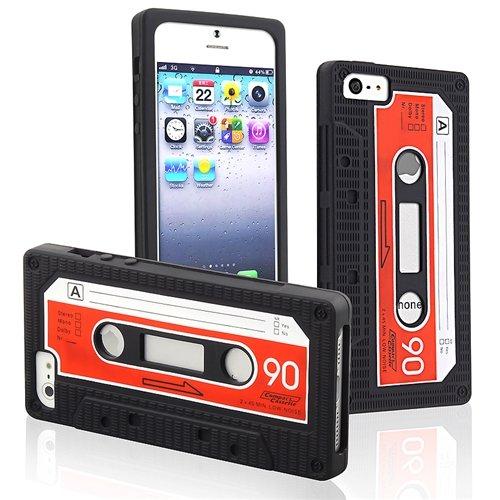 A dirt cheap case for the iPhone that looks like a retro cassette tape!

Seriously this thing looks badass. It might not impress the kids or most Millenials, but at least it'll have them asking you what the frick that thing is. It promotes cassette tape awareness and lets them know the struggles we went through when we were younger.

Although it's probably not fair to call them struggles; there was a lot to love about cassette tapes. Mix tapes, dubbing other people's tapes, having a huge collection you could look at and admire.

Of course it's also nice to have things digitally and not take up all that damn room! Plus there were those times the tape would come flying out and you'd have to rewind it back into the cassette with a pencil. Thank God for pencils.

We're guessing that if they haven't already, Hipsters will start loving and collecting tapes and espouse their features.

But we digress... this is a very nice case for the iPhone and you really can't beat the price.

It's no Otterbox though. It's not going to offer the protection that you might want in case you drop it. That said, it's a nice looking case that will protect against regular scratches and whatnot. Some people seem to like that. Me, I prefer Otterbox, and I've never broken a phone by dropping it.