I Do What I Want Middle Finger Coffee Mug 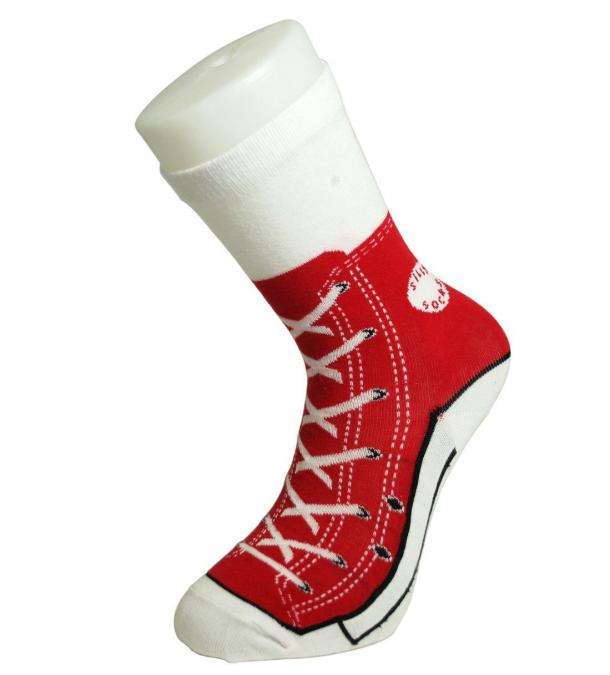 The shoe that started it all, the Converse high tops improved by Chuck Taylor - now available as socks!

You may have heard of "Chuck Taylor's" and now what the shoe is. They're the iconic shoe that has been around for ages.

Did you know why they're called Chuck Taylor's? He was a basketball player turned spokesman for Converse back in the 1920's. Converse had a shoe called the All Star, designed to be the elite shoe for the professional basketball league at the time.

Chuck Taylor joined a basketball team where the whole team was sponsored by Converse, called the Converse All Stars. Taylor taught basketball around the country, also hawking the Converse shoes as he went. He worked with Converse to improve the All Star shoes, adding support and flexibility to them. Pretty soon, most pro basketball players were wearing, then they were worn by Olympians and soldier during training in WWII.

By the 1960s, The Converse "Chuck Taylor" All Star shoe was worn by over 90% of all pro and college basketball players!

Since then, the shoe has been popular with various subculture groups. For instance, Kurt Cobain wore them in the eaely days of Nirvana's fame. Dr. Who's 10th Doctor, David Tennant wore All Stars as well.

They're an iconic symbol and while these socks won't provide the same level support and athleticism, they WILL get some smiles and looks! And besides that, they're just plain cool.

"If You Can Read This... Bring Me Wine" Socks