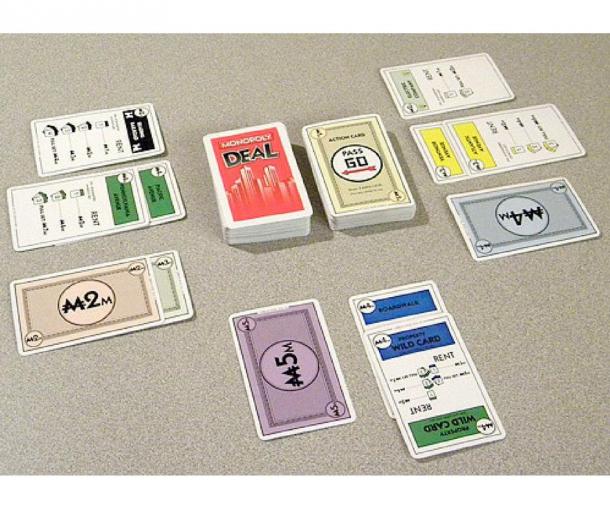 This. Game. Is. Awesome!

That's right, we went with the "breaking up words with periods intro sentence", which we only bring out on certain occasions. That's how good this game is.

Arguably, he trading part of Monopoly is one of the most integral parts of the game and the most fun for some people. But that's the ONE thing about this game that you could say is a downfall.

Otherwise, Monopoly Deal shines as a quick, fun card game that can be enjoyed by all ages. You can learn in 5-10 minutes and complete a game in 20 minutes (maybe 30).

It has many of the original components of the Monopoly board game, including the properties, railroads and other utilities, community chest, paying rent, getting monopolies and, most importantly - BANKRUPTING OTHER PLAYERS!

I mean how else are kids going to learn the harsh realities of life than their parents stoically taking all their money and running them out of town? Don't use credit, kids. Live within your means. HAve a nice bankroll of cash on hand and don't overextend yourself. These are the life lesson that Monopoly teaches, and the Monopoly Deal card game stays true to the original.

Aaaaand it's just $5! How can you go wrong? This is something that you will get a lot of replay value out of.