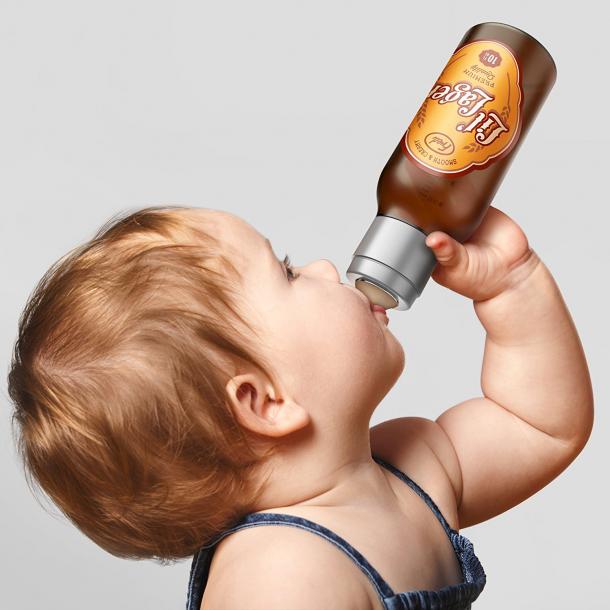 This thing is stupid. For real. That's what my ten year old (soon to be 11) said about it, but I think he was joking.

It's actually really funny ... I mean come on, unless you're an uptight politically correct human being with a stick up it's butt, then this should elicit a smile.

I mean, it's a beer bottle that babies can drink milk from! How awesome!

Comes with a cap that looks like a real beer bottle cap. You'll have to pull this off and keep it somewhere safe when you're giving the bottle to baby, but that's the only thing that you'll have to worry about with this product.

Sanitizing it is easy too, you just have to wash off and then boil the bottle. You may want to supply your own nipple. The one it comes with works ok, but for constant use you might want something that'll hold up a bit better.

An awesome gift for someone that loves craft beer and also has a baby. While it might be a *bit* too early to give craft beer to your infant/toddler, it's never too early to get them thinking about it :p

It's a nice way to have some beers with friends and let baby join in safely. The Lil' Lager beer bottle is quite nice and we like it a lot! It's definitely one of the top things on our list to get for the next baby shower that the wife gets invited to.