3-in-1 Avocado Slicer by OXO 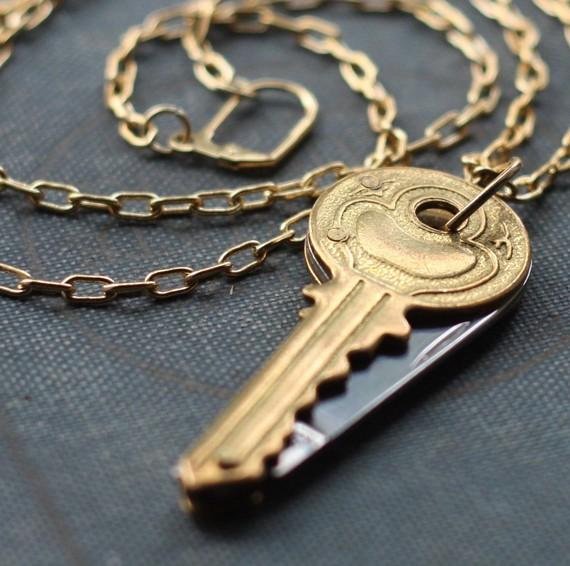 A super awesome folding knife that fits in your pocket & on your keychain! Take it literally anywhere (except maybe the shower...).

This little knife is a lot in a small package. It'll attach to any keychain and remain closed unless you want it opened. The key is 2" with a 1 5/8" blade. It's made of metal and is made in China.

That said, for the price, it's a pretty good deal. Sure, this isn't an every day carry knife and it's not made for self-defense. What's it's good for is as an solid knife that you have everywhere to cut open packages, slice little things here and there during your workday or around the house.

This thing has come in handy for me several times since purchasing. I've cut the plastic ends off of some toys that were sharp, cut up some cardboard for recycling and cut twine on some boxes for my wife.

It's a little bit bulkier than a normal key, but as far as knives go it's pretty slim. It can also go places other knives can't, like into restricted security area such as our local county courthouse. No one suspects this because it's so small. (And maybe they're right to suspect it because it can't really do much damage. Of course if some crazy person wanted to get a tiny metal knife into someplace they could - and this little puppy actually COULD hurt someone if someone really tried.)

This is very convenient and useful to have on a keychain. Some of them come a little dull. Mine wasn't, mine was rather sharp, but you can sharpen them up pretty quickly with a small sharpening stone.

All in all for under $2 bucks, if you're looking for a handy knife to throw on a keychain and carry around all the time, this little puppy is pretty cool!