Singing In The Rain Shower Curtain

"If You Can Read This... Bring Me Wine" Socks 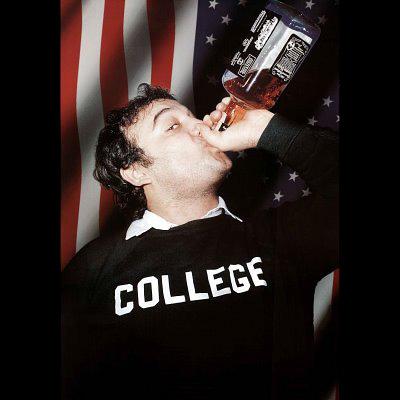 A poster of the great John Belushi as "Bluto" in the classic comedy film Animal House. An awesome poster, especially for a dorm room!

Did you know that the bottle of whiskey in the poster that Belushi downed in the movie wasn't whiskey but tea? He probably *would* have and could have drank a bottle of whiskey, but the film crew was well aware of his drinking and drug use and made sure he just drank tea... otherwise the film shoot could have bee delayed, plus they wanted to curb his addictions a bit.

Like anything in life, moderation is the key. Maybe only drink a bottle or two of whiskey a week.  ;)

Now Panic And Freak Out Poster