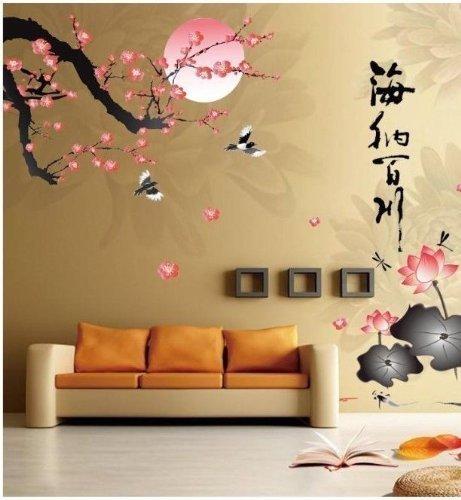 An awesome Japanese lotus mural for your wall! Adds some personality to any room!

The Japanese symbol/word actually means "All River Into the Sea". More specifically it means the ocean is willing to accept everything smaller than it, including lakes & rivers. It's a metaphor for people to have big hearts, big enough to be accepting of everyone else. Just a lovely idea.

The mural actually comes on one sheet of paper; it's a sticker that comes in different pieces. Quite honestly, they're not as big as advertised in the photo - that is a little deceiving. However, most people report that the mural is very nice and works well. It's a high quality item that will look really nice --- it's just not as big as the picture. Check out the photos in the Amazon comments to get a better idea of the size.

But especially for the price, you can't really beat it! It's a great way to spruce up almost any room. Make a room themed Japanese or at least a bit more earthy. Very cool!

The Keyboard From Big