Selfie Stick For Your Smartphone 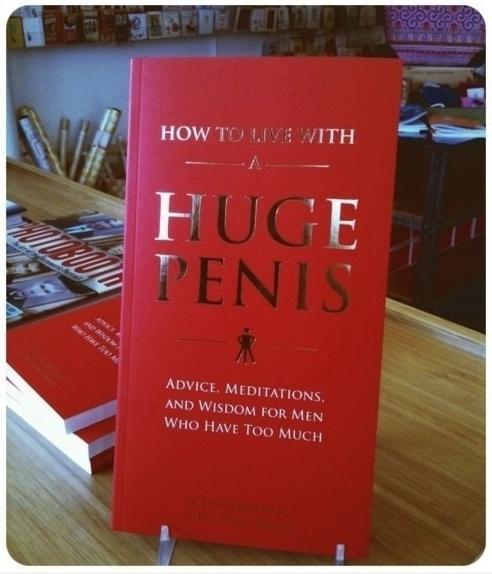 Advice and meditations on the "problems" that come along with having an above average member. A great coffee table book that'll get people talking... and laughing!

First off, bear in mind that this isn't really a self-help book for guys in the horrible situation of having an overly large penis. This book is a comedy, and it's not a bad one!

But you may be afflicted with OMG, or "Oversized Male Genitalia" and this might give you some reassurance and info as to how to live a better life.

It's nice to leave on the coffee table or as a bathroom reader - really anywhere guests can see it and realize just how well endowed you are!

It's also a nice gift for pretty much any guy, as it shows you think highly of them. You might just be guessing that their penis is large, but hey, what a compliment, right? There's really no male on the planet that would take such a thing as an insult. I mean, we're just guessing here, but it'd be REALLY weird to be offended by someone saying you have a large penis.

Just go up to someone at a party and go, "Oh, hey Joe, you sound cool and I've heard you have a large penis." They might blush, but really underneath it all, they'll like it and you for bringing it up! It's a great social tactic for making friends. In fact it was a whole chapter in Dale Carnegie's "How To Win Friends And Influence People" (Chapter 23, Tell Them They Have An Above Average Penis And You're Rather Jealous Of It).

Try, it! You'll be making friends in no time! Or jsut get them a copy of this book.

Ron Burgundy's Book - Let Me Off at the Top!: My Classy Life and Other Musings