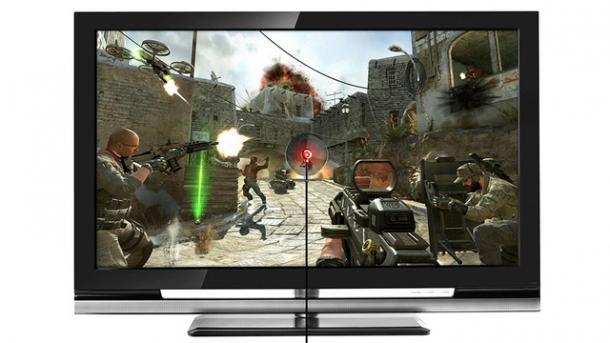 HipShotDot helps the FPS player aim better by placing a targeting reticule directly in the center of the TV screen. Never need to look down the sights of your gun again!

HipShotDot is a suction cup that lights up when you plug it into your gaming console. It's compatible with all of the major modern gaming consoles including XBOX One, XBOX 360, PS3, PS4, WII, WII U, and the PC.

It lets you perform so much better because you can shoot from the hip without aiming down the sight. Accuracy is huge and milliseconds mean a ton in FPS games like the Call of Duty and Battlefield franchises.

You attach the suction cup yourself, and it easily removes when you're not playing video games. In practice it's not that difficult to get centered on the screen, although it's slightly easier if you have a 2nd person to help you out. You have to hold the trigger to bring up a targeting reticule and place the suction cup at the same time. 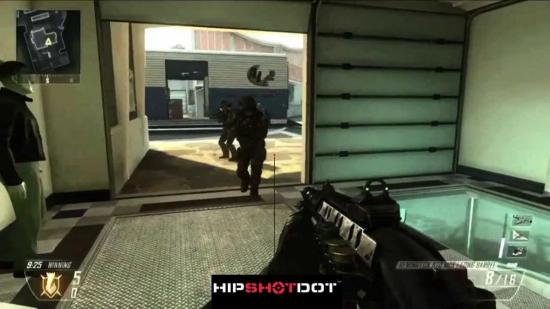 Now, we're not ones to argue about the politics of this device. Is it cheating? Is it a blurry line? Are you an asshole if you use this? We don't know.

All we know is that it CAN improve your game. $30 is a little chunk of money to spend and you could also use a dry erase marker (or other sort of marking, like tape) that would temporarily do the same thing. But if you have the money and desire, the HipShotDot is really nice and handy and the red dot looks like a regular targeting dot.

What do you think? Should people use this sort of thing? Should the option to have a targeting dot be included in games? There are software add-ons and mods that do that, but they're typically banned. Square Enix and Dice (the makers of Call of Duty and Battlefield) have decided that the games should have some skill, and they want the players to only have a targeting dot in certain situations/with certain devices. So if you go against that, should it be considered cheating?

Then again, it's *your* game, you paid $60 for it, and maybe you're like us and suck at aiming, especially when shooting from the hip. So who's to say what you can do with your own console?

Maybe there should be a separate setting to find and group gamers who want this sort of functionality.

Long story short, this thing rocks. If you want to shoot from the hip accurately, pick one up!