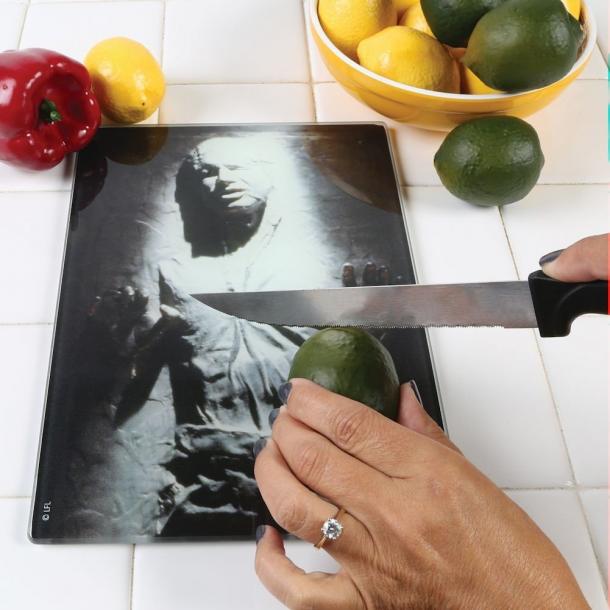 A really cool gift for any Star Wars fan - it's a medium-sized cutting board with the print of Han frozen in carbonite beneath it.

Hey, if you're going to have a cutting board in your house, why have a boring normal one? I don't use a cutting board much, but I'd want to use one much more if I had this. Great for cutting up limes or lemons for mixed drinks or whatnot, if nothing else.

Works really great too, it's a nice cutting board. The photo looks extremely realistic, so much so that it looks sorta 3D.

And what better pic to use for this? We love it and can't think of a better moment from perhaps the best SW movie ever, The Empire Strikes Back. Although the newest movies are definitely shaking out belief that it's the best: Episode VII was great and was Rogue One. But then again they wouldn't exist if not for the original trilogy, and which movie was the best of those? We'e gotta say Empire, definitely Empire.

So yeah, if you need a quick gift for a Star Wars fan, you can't go wrong with this.

The Princess Bride Board Game