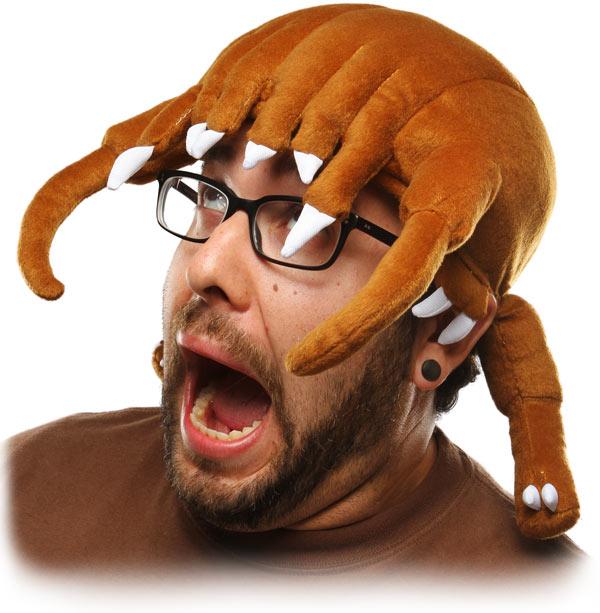 The headcrabs from Half-Life 1 and 2 were pretty cool. They're just a little parasitic is all and change your brainwaves so that you want to kill people, but no big deal.

This particular headcrab has been rendered neutral. Well, at least that's what we were told; but if it does turn you into a zombie, you can always return it. Just try to bash it with a crowbar first.

We loved the original Half-Life. It was a game that was mostly about the first-person single player story mode, and yet the network play was what really drew me in. We played this almost nightly as the tech support center, even sometimes while on calls with people.

Ron Burgundy's Book - Let Me Off at the Top!: My Classy Life and Other Musings