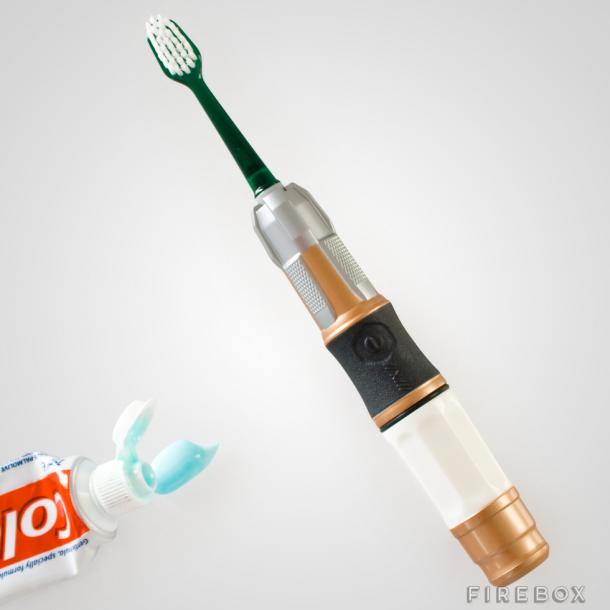 A replica of the sonic screwdriver used by the 11th Doctor, Matt Smith - but it has an advanced feature that allows it to brush your teeth!

Just be careful you don't accidentally change any settings while brushing your teeth or you just might have something else unexpected happen. Of course, you really have to do your homework to figure out everything it does, but if you work it right you just might be able, oh say, unlock doors, triangulate ghosts, melt plastic vines, perform medical diagnostics, reattach barbed wire, destroy robots, and even non-mechanically turn screws without even touching them (but who cares about such mundane applications, eh?).

You might also be able to hack the screwdriver and give it more functionality, just like many incarnations of the Doctor did throughout time.

If you're not a Time Lord some of those features will be unavilable to you, although you juuuust might be able to figure them out.

But as it stands, this Gallifreyan device will allow even the most unintelligent human to keep tartar and gingivitis at bay.

It uses one AA battery (included) and is for ages 3+.