Salt Water-Fueled Car
Gandalf "You Shall Not Pass" Car Sticker 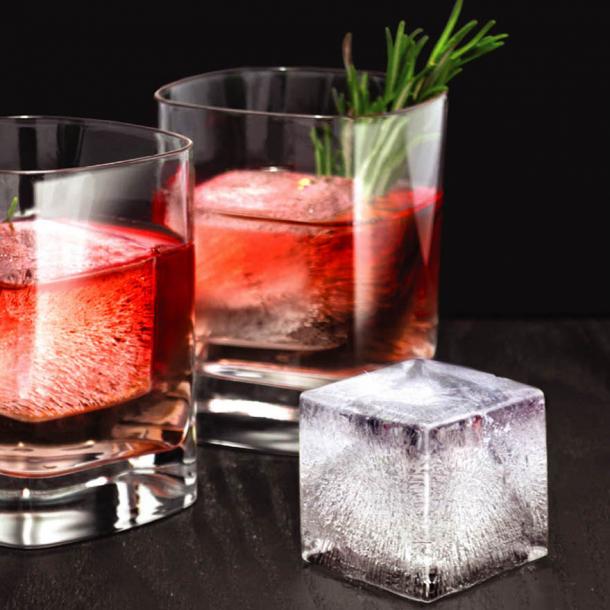 Technically they'd be called cubes, as squares are only two-dimensional. So really, standard ice cubes aren't ice cubes. They're not cubes at all, they're little slices or something. Anyway...

As the manufacturer says, "Large pieces of ice are the ideal choice for a well-made cocktail, offering slower melting rates and less dilution", so that's cool.

It's also real science. One big block of ice will melt more slowly than a bunch of smaller ice cubes that are the same mass & volume.

These things are really, really cool. It's a bit more work to get ice cubes from a tray than to just grab some from the ice maker tray, but it's SO COOL. We find that we only use them on special occasions, parties or when we're fixing a drink in the evening.

They're just neat, and it's a gift that you can use over and over again for years into the future. My friend admired these so I had a tray shipped to his house. Now he can have cool ice cubes.