Your Stick Family Was Delicious Decal 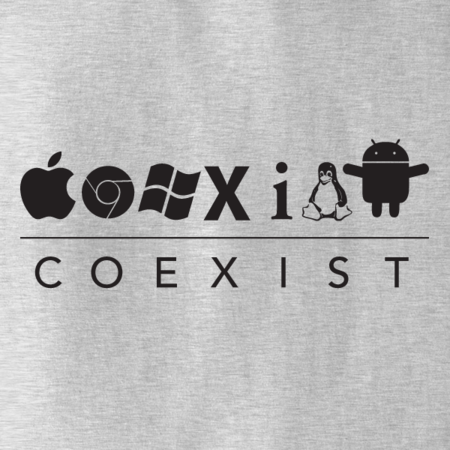 Can't we all just get along? Why we gotta argue about which computer is better and just use what we like?

Everyone has that person in their life, usually at the workplace, who says that what they use is better. You can defend your actions and explain why you use it, but they just won't stop. And despite you giving your best Lebowski line, "Well, hey, that's just like, your opinion, man" they never leave you alone.

This is your little light, your way of spreading some peace in this argumentative world.

Are you able to name all the operating systems/logos on this shirt? You'll get a rare Coolest Stuff Ever "No-prize" if you do!

Ok, time's up, here are the answers. From left to right:

We missed on though... the i. We're totally not sure about that one despite doing some research. It could be a Linux distribution but there wasn't one that jumped out. Could it be the i in iOS? Likely, but we're not sure. If so, Apple gets triple billing on this shirt O.o