Grappling Hook That Fits In Your Pocket 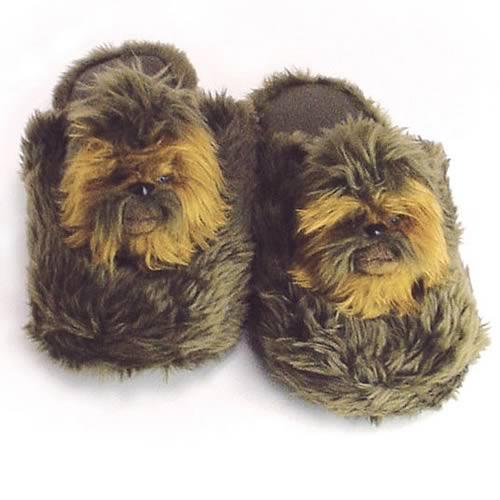 Fuzzy, warm, geeky and awesome. What more could you want in a pair of slippers!?

We're not gonna sell you on products with fancy sales lingo and telling you why you need to buy it. If you love Star Wars and Chewbacca in particular AND you want your feet to be cozy this winter or even on non-winter cool mornings, then you might want to check these out.

Of course, you might want to pair them with this Chewbacca robe for ultimate comfort and extreme awesomeness.

But before we end this product spiel, we'd be remiss not to point out a couple of juicy and salient Chewbacca facts.

For instance, did you know that Chewbacca lived to be over 200 years old?

Or that Han Solo was once in the Imperial Navy and was ordered to kill Chewbacca. Han denied the order and was dismissed from the navy, leading to his life as a smuggler. Chewie for his part spent the rest of his life repaying that honor debt to Han.

Also, Chewie was really smart despite the way the movies potrayed him. He was a leader on his home planet of Kashyyyk and of course a brilliant mechanic.

Yeah, Chewie was cool.  We can only hope that if he ends up in the new Star Wars movies that he is portrayed as the badass he is, and not some Jar-Jar Bing/Prequel watered down BS.