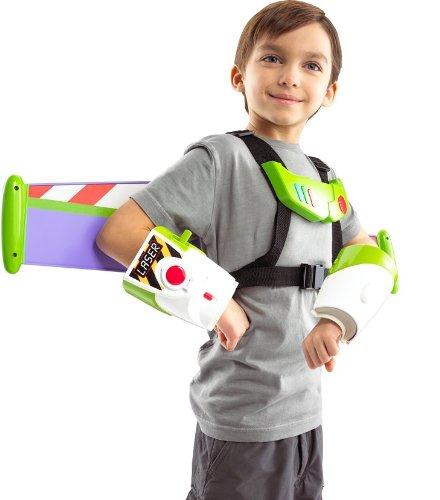 Buzz Lightyear's jetpack with wings that fold out when you hit the button in the center of the chest. Awesome for kids who are fans of Toy Story and, of course, Buzz Lightyear!

It'll have them running around yelling, "To infinity, and beyond!". So yeah, maybe this isn't a great idea after all ... ;)

The backpack also has lights and sounds that play when the wings fold out.

One thing to note is that while the reviews are generally positive, some issues with the battery have come up, pointing mainly to some faulty wiring. It's nothing that could hurt a kid, and it's likely that Disney has corrected the issue, but it's just something that we have to point out.

All in all, this seems like a cool toy if you have a kid who is way into Buzz Lightyear!