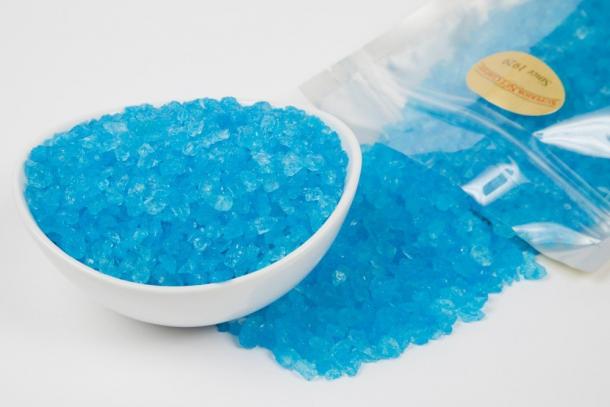 This is the purest stuff you can get on the market. "Blue sky" is known around the world as the best imitation crystal meth you can get - it's 98% pure rock candy.
This is was crystal meth looks like - in its purest form.
Walter White's initials are all over this. Tastes like blue raspberry, kicks like a mule. Awesome to complete a Breaking Bad halloween costume, for a Breaking Bad show party, or just to amaze people and/or make them thing you're doing something illegal. Anyway, it's the best the Heisenberg can come up with.
This was definitely not made by amateurs. Top notch professional work. We haven't been able to account for the blue color yet, however. We've got some guys looking in on that. We've seen this stuff starting to pop up in other cities as well. Whoever is making this is starting to go regional.
$14.45
Via amazon.com
Tags: breaking bad, blue sky, crystal meth, candy, blue sky candy, breaking bad candy, heisenberg
Categories: Food & Drink, Humor, Pop Culture