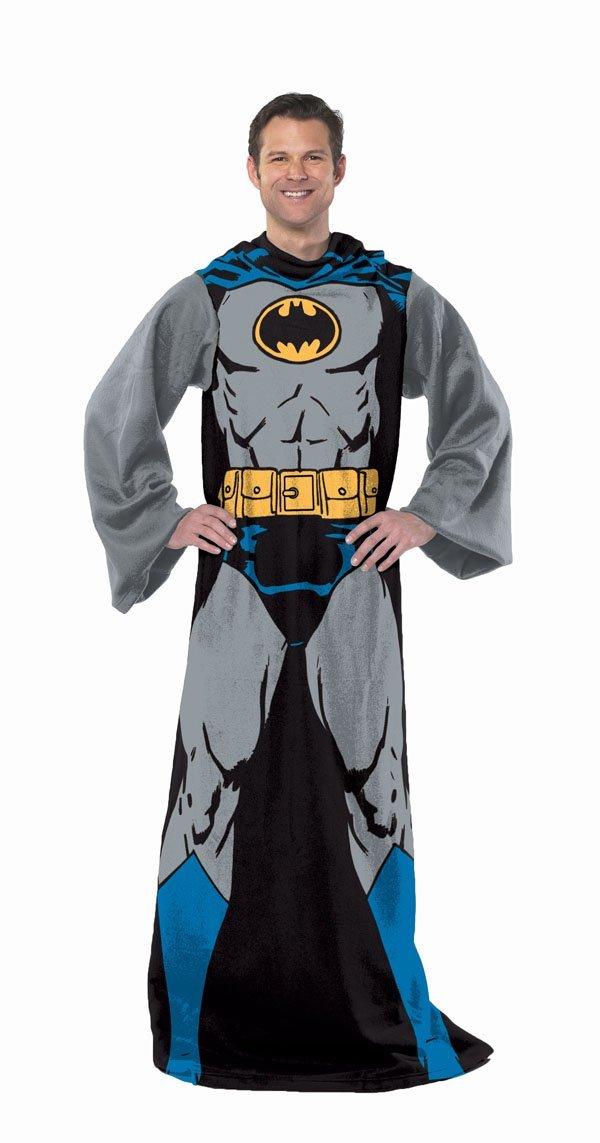 A Batman "Snuggie", AKA "comfy throw blanket with sleeves". They can't actually call it a "Batman Snuggie" or legal will have to get involved.

But rest assured that a Batman snuggie it is! It's cozy and warm just like a blanket that you wear should be. AND it's in the design of most people's favorite masked vigilante of justice.... the BATMAN!

This works great as a costume as well. One that requires virtually zero preparation, so that's cool. :) Just toss it on and be a comfy, cozy Batman all Halloween.

Grab the Joker version of a Snuggie for a friend and do some funky fine cosplay, or just sit on the couch and Netflix and chill to some old Batman movies from the 90's. Admire George Clooney's fake abs! Watch lots of bad acting! Or just watch some really cool cartoons in the form of Batman the Animated Series (a far superior way to waste one's time watching something Batman-related in our humble opinion).

This is a great idea for anyone that needs to stay warm ... in the reviews, someone got one for their Grandma with dementia. That's a really good way for an older person to have a blanket - just wear it! :p And while they might not know who Batman actually is, that makes it even more fun for everyone else!